Marketing Blunders: Discover 6 Campaigns That Went Wrong. Advertising or marketing campaigns have the power to enhance a brand and lead it to ultimate success. However, they also have the power of destroying a company’s reputation. Because of this, companies must be careful about the messages they launch to the world.

Today, we’ll show you some marketing campaigns that didn’t hit the spot. Here, you will learn about those that fell flat on their faces and were pointed out by people. In other words, here’s what no to do in the advertising world.

What is an advertising campaign? 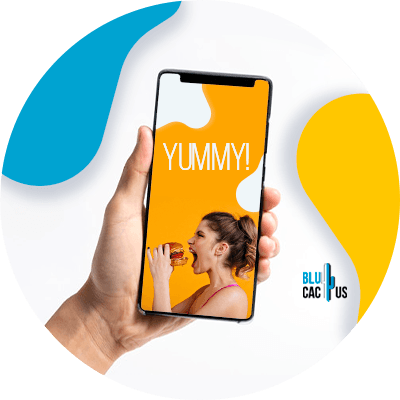 Before talking about how these campaigns work, and their impact on a company’s reputation, we must explain the basics. An advertising campaign is a marketing strategy created to promote a product, brand, or service.

In general, a team is in charge of the creation of these kinds of strategies. For this, they come up with different ideas and organize them in a marketing document or brief. After this, then they move on to the creation of the advertisement itself. What makes advertising campaigns so effective is that they can be created and distribute in any type of format. For example, audio, video, and/or images via television, radio, internet, billboards, magazines, etc.

These campaigns and strategies are perfect for any kind of audience, segment, and target. However, as you can imagine, these can also be very expensive. Nonetheless, thanks to the internet and new digital means, companies can lower costs.

Difference between advertising and propaganda 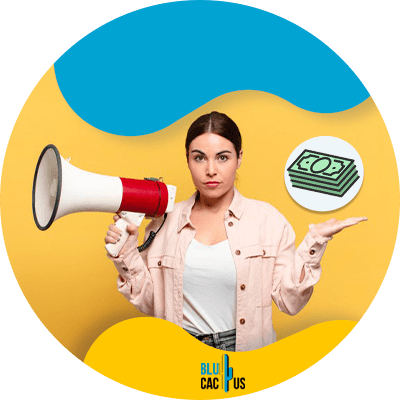 Most people tend to mix up these two terms. However, these types of strategies aren’t the same. Propaganda is a type of campaign that’s created to be spread around. It aims at spreading a system of beliefs and characteristics ideas. In other words, it aims to sow an ideology in people’s heads. A common example of this would be those campaigns that politicians or governments carry out. More often than not, they do this to build an idea in the minds of a specific group of people. Thus, changing the reality of that group.

On the other hand, advertising meddles with direct marketing. After all, its main goal is to share information or send offers about a specific product, service, or brand. In other words, it only wants to sell, nothing more. There are many ways in which you can run a successful ad, however, you must be very careful. Otherwise, you run the risk of damaging your company’s reputation for a long time which will inevitably lead to the downfall of the entire company.

As you already know, not all advertising campaigns are successful. Why? Because some of them were not well thought out and planned. Next, we’ll show you a list with some examples of this. Pay real attention and figure out what you are not supposed to do. 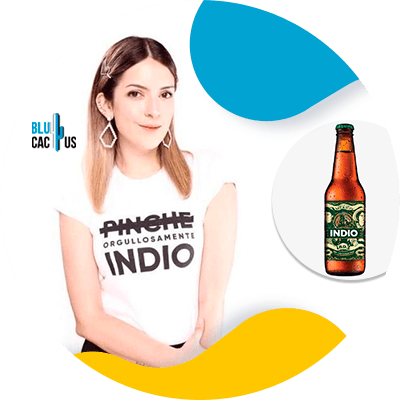 For our first example, we will talk about the brand Indio Cevenca, famous in Mexico. This is a Mexican brand belonging to the Cuauhtémoc Moctezuma Heineken group. In 2018, October to be exact, the brand launched through Twitter a campaign titled “#OrgullosamenteIndio” or “Proudly Indian”. Here, the goal was to get people to share photos of themselves wearing a t-shirt. Said T-shirt showed the word “pinche” crossed out and instead highlighted “proudly Indian”.

In this country, people often use the word “Indian” in a derogatory way. Even worse if the word “pinche” (f**king) is added at the beginning. So, even if this campaign wanted to be an anti-racist ad, many users didn’t like it at all. Some of their complaints were about how the shirts only came in white and how they didn’t represent Mexicans.

It was really frowned upon by users on Twitter so the word began to spread around its members. It got to the point where it became a trending topic real fast. As a result, the brand had to come forward and give out a response. They said “We have always believed in a united Mexico. We recognize diversity regardless of skin color, we are all Mexican. Let us be proud of our roots, and our skin color should not be a cause of discrimination, insult, or division in Mexico.” 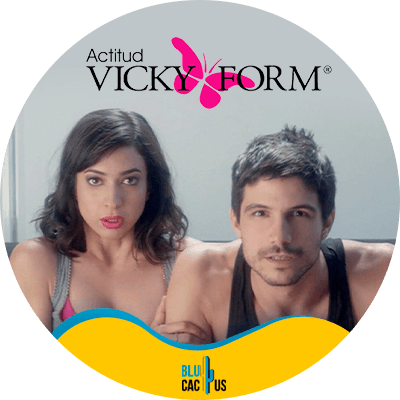 In 2018, the women’s lingerie brand Vicky Form created an advertising spot in celebration of the Russia Soccer World Cup. However, it had little success and became an example of bad publicity. In it, they portrayed women as being incapable of enjoying this sport.

The ad starts with a married couple, the girl assures that her husband is sick. She reasoned that he does nothing but watch soccer games, to the point that he falls asleep in front of the TV. After this scene, a group of scientists enters the scene while others start to analyze the house. Then, they affirm they have the exact solution to allow both members to enjoy the game in peace.

Their great solution to this problem was to create underwear. Yes, underwear, but not just any piece of underwear. This piece came with technology able to emit vibrations according to the plays of the game. For example, once the game begins to tense and the actions begin, said underwear will start to vibrate. As a result, it will start to “pleasure” the girl in question. In other words, both will enjoy, in different ways, the game.

The strange reasoning of Vicky Form ends with both of them being able to enjoy the game. After all, “There won’t be complaints about a good game and they’ll only wish the moment when someone puts it in”. The soccer ball, of course. The worst part about the whole situation was that the brand’s owner assured that he agreed with the ad and didn’t find it to be sexist. Let’s highlight the HE, in the last sentence, please. 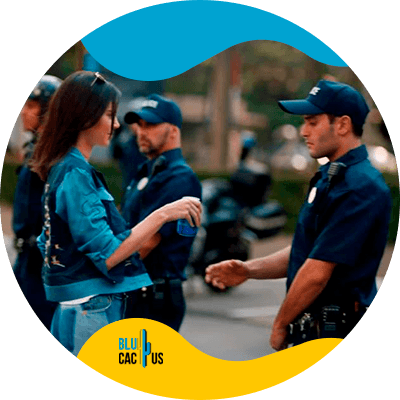 One of the best-known and most recent examples was Pepsi’s advertising campaign with the model and renowned celebrity Kendall Jenner. In 2017 this company aired an advertisement that had a very poorly addressed message. As a result, for a while, it created a very bad reputation for the company.

This advertisement lasted almost three minutes and in it, we were able to see many people from different parts of the world. Among them was Victoria’s Secret model, Kendall Jenner. The model is in the middle of a photoshoot in a building in a major city. From the window, we can see a group of people in a peaceful protest seeking better rights for people regardless of their sex, skin color, race, or sexual orientation.

Everything seems to be going well so far, even the model joins the peaceful protest. But what completely ruins this video and makes it an example of bad publicity is that it ends with the model offering a can of the said famous drink to a policeman. After this, both people embrace and the protest comes to an end. This suggests, for many of those who complained after the commercial, that all it takes to solve such serious and important issues in the world is a drink.

4. Gillette and the ad the haters didn’t get, marketing campaigns that went wrong 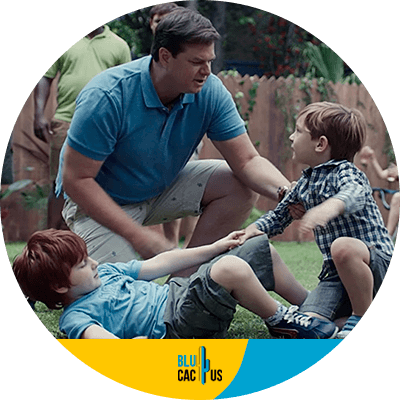 It is well known that thousands of brands have started to join the #MeToo movement without them ever participating before. This is a major step for the industry as it demonstrates their commitment to society and how important their contribution to the world is.

The men’s razor brand Gillette joined this movement and wanted to launch a campaign that would demonstrate this case as something to be proud of. However, the protagonist of the advertisement was at war against toxic masculinity. It was very difficult for people to understand the message because it was poorly executed.

Different viewers criticized the brand because they thought that they weren’t the best ones to carry out this message, much less from the hand of men. Others assured that the publicity wasn’t made for said company. After all, they’ve never had a good image when it came to their ads. On the other hand, some people just didn’t get the message and felt offended by it.

5. Brewdog, the beer for women 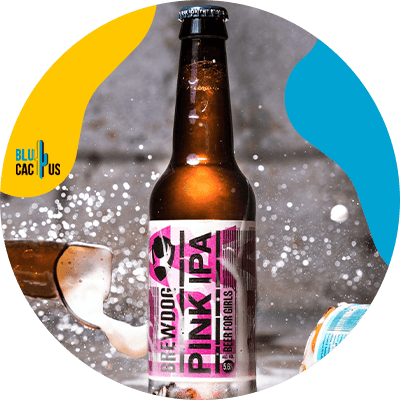 This American beer brand tried to make fun of macho and nonsensical ads, but instead, they ended up running a campaign that was the exact opposite. They tried to be ironic and celebrate International Women’s Day by launching a beer just for them with pink packaging. They wanted to do this as a joke but were criticized by many people. The main reason why everyone got so angry was that they were criticizing something, but they ended up doing the same as everyone else.

Users on Twitter were the first to go against these actions. They started making memes with their new drink and the idea that they thought it was good for their campaign. 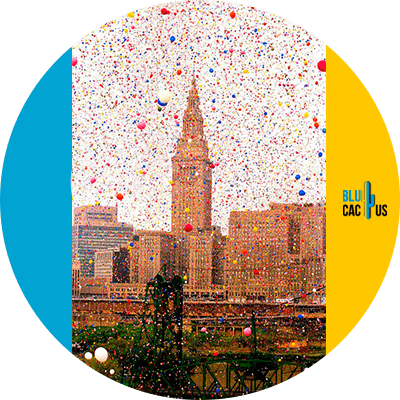 The American non-profit organization, United Way, decided in 1986 to launch 1.5 million helium-inflated balloons in the sky to call attention to the critical situation facing the financial sector in the state of Cleveland, in the United States. This was a beautiful advertisement that had many colors and was aesthetically well appreciated by the public.

However, the objective of this campaign, which began as something positive, ended up becoming a tragedy for many. The publication had very big consequences for the state. For example, many citizens and tourists had to face the cancellation of their flights. This happened because a large part of the balloons that were allowed to fly ended up on the airport runway. Besides, this worsened the search party for the bodies of two fishermen who were reported missing that day in Lake Erie. Some of these balloons also fell in this spot which meant that the police had a lot of difficulties trying to reach the area. 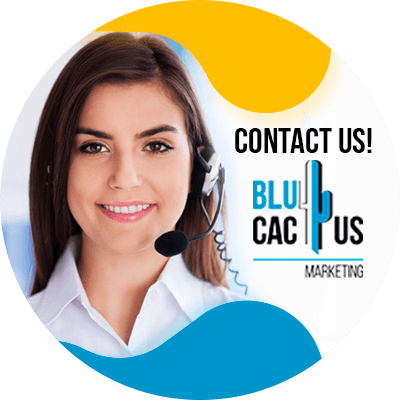 BluCactus will accompany you in every step that your brand takes. This goes from the creation of the branding of your business to the creation of content. Our focus is on supporting you with the development of your website or the administration of your accounts on social media.

This online marketing agency, based in Toronto, ON, seeks to strengthen your image as a brand and take it to the next level. Don’t wait any longer to have the help of the best specialists in digital marketing and contact us through our social media or website.

A jingle as your digital marketing strategy

How does Google determine your domain authority? And how to improve it

QR Codes and Their Usefulness in Digital Marketing Strategies

How To Kickstart Your Career In Digital Marketing

Learn all about QCommerce, its advantages, and its differences from e-commerce
0 replies

SEO hacks that nobody will tell you in 2021