What is Maybelline’s Social Media Strategy? The renowned makeup brand, Maybelline, has taken the lead in the United States and the rest of the world in an abysmal way concerning its competition. And part of its success is due to its social media strategy, showing the highest rate of loyalty in these channels in the last year.

So doubt always arises about what they do differently from the other brands that are their competition in the market to position themselves in the first place of preference among the public. Therefore, today we want to address and learn about the strategies applied by Maybelline that place their products as the most sought-after in stores.

But first, let’s talk about the brand and its origin. 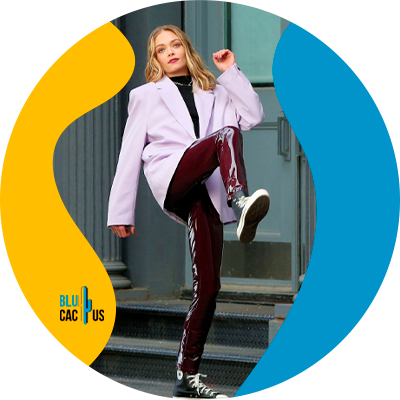 Maybelline was created in 1915 by Thomas Lyle Williams, inspired by his sister, from which the brand name comes: Mabel Williams. She accidentally burned her eyelashes and eyebrows in the kitchen fire, which is why he had the ingenuity to create a product to darken the burned area.

For this reason, he combined ashes and coal powder with Vaseline, applying it to eyebrows and eyelashes and simulating their appearance. And when observing its effectiveness, Thomas Lyle Williams decided to produce more. Seeing an opportunity to take that idea further, he put it on sale, creating the world’s first mascara.

Two years later, the company launched the first Maybelline Cake Mascara product, which you could only purchase through the mail. And in 1930, he incorporated new products such as eye shadows and eyebrow liners.

Over the years, the brand continued to innovate. And in 1960, it launched a waterproof mascara called Ultra Lash. Maybelline applied the first presentation with a brush directly from the tube.

In 1996, Williams sold the Maybelline company to a cosmetics and general care giant, L’Oréal. It was a strategic decision to position Maybelline in large markets and achieve a global reach in selling beauty products. 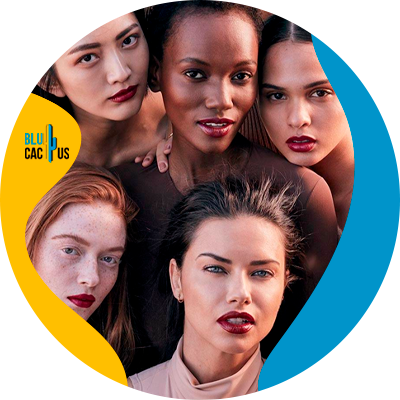 People currently known as Influencers have become successful tools in the content marketing business. They represent a boost for brands. Their presence in the media, the number of followers, and the confidence they convey with their actions.

Nowadays, Influencers act as brand ambassadors. In the case of Maybelline, they employed these types of people as ambassadors. Their opinions also testify to the brand’s quality and effectiveness by demonstrating that they meet their characteristics and what they promise.

This figure should be distinct from the famous models and personalities we see in the traditional advertising that the brand launches. Here we refer to the videos on social media where we see makeup artists who, although we may not know them, have many followers on their Instagrams and are responsible for testing the products and showing tutorials using the brand’s makeup.

So Maybelline bets on this type of influential people on digital platforms. All with the vision and goal that they not only share content but also appear in the leading promotions of products on social media. 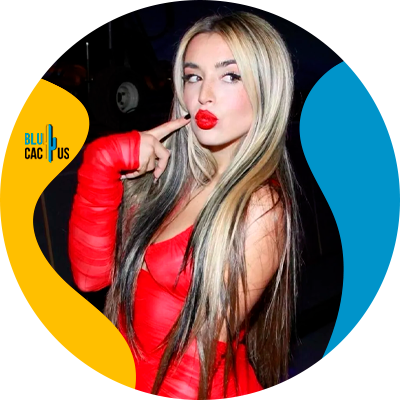 That said, there is no doubt about the degree of reach these types of people have in the industry and on social media, which is a benchmark for measuring reputation and popularity.

But another essential point in recent times, and to which Maybelline has given its place and presence on socials, is inclusion and diversity. In a world where people struggle to be recognized and accepted, the brand has opened the doors for them to show themselves as they are and their talent.

Thus, we see how on Instagram, we find tutorial videos of men putting on makeup (and how skillful they are). And as an example of what we mentioned, Manny Gutiérrez (or ‘Manny MUA’) was named the first male ambassador of the brand, taking advantage of his 4.1 million followers on Instagram and 4.86 million subscribers on YouTube.

Similarly, influencer content consistently drives engagement on Instagram. At the same time, the brand also benefits from a large and active community of influencers such as singers, models, and others who post mentioning the brand and its products. 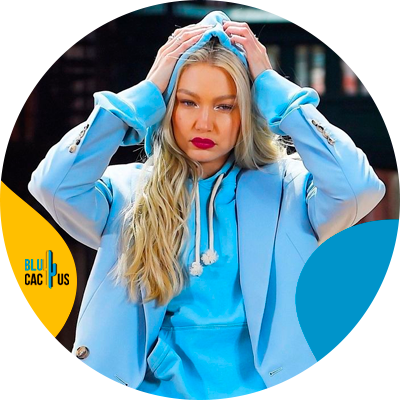 We know that interaction happens through networks and social media. Now websites are to inform and buy more than to get the former. So, Maybelline is oriented to make Instagram its interaction place to seek to retain followers and buyers.

For this reason, as explained in the previous point, Maybelline bets on content creation shown and promoted by influential people. In addition to seeking to foster emotions and expectations before the launch of new products through visual tools.

A clear example of this strategy is the launch of makeup lines in collaboration with celebrities. The campaigns are as attractive as possible and use a # to position the posts. All this is in addition to the great quantity of visual material they release in anticipation of the launch.

Similarly, the brand not only bets on the content it publishes but also encourages followers to interact through questions, surveys, and others in their accounts. 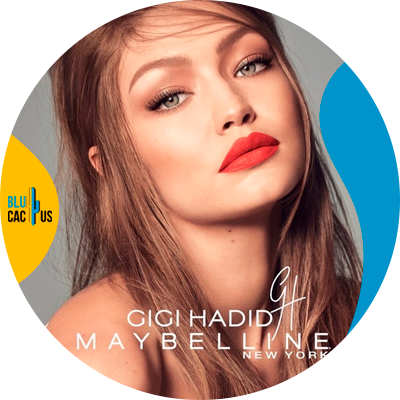 Many beauty and makeup brands generate content. This content is launched equally on all social platforms with a presence, perhaps making variations in the format to adapt to what each one demands.

However, Maybelline, always avant-garde and one step ahead of the competition, is in charge of creating specific content for each social network where it lives, which translates into different content according to the platform in question.

So we found various particular boards and pins on Pinterest where you can see different categories, ranging from tutorials to product reviews, such as the famous “Get the Look,” where people learn how to do makeup easily using the brand’s products.  Also, there is the “Must Have,” where you find makeup recommendations. There will always be helpful material. 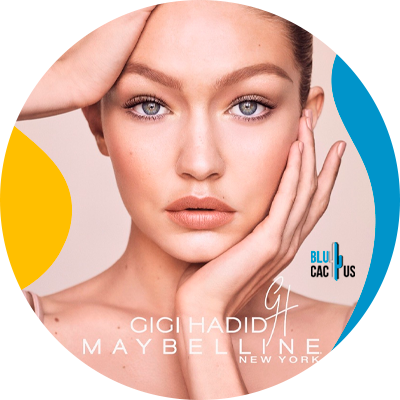 Now, on YouTube, another ideal site for interaction, we also find the brand very well positioned. Thanks to the content creators who make their tutorial videos and challenges with influencers, samples, and product reviews, a large amount of material are available. The Maybelline TV channel has 428,000 subscribers, videos of collaborations, and testimonials, in addition to its international and local campaigns.

Maybelline adopts a specific approach for each space where the brand is since it is aware that the public is different in each one. There are spaces where comedy or seriousness has a place. And therefore, they create high-quality content that is attractive to the public and encourages them to watch it and want to subscribe or become a follower and interact, even by simply liking the content.

Make the Consumer the Protagonist 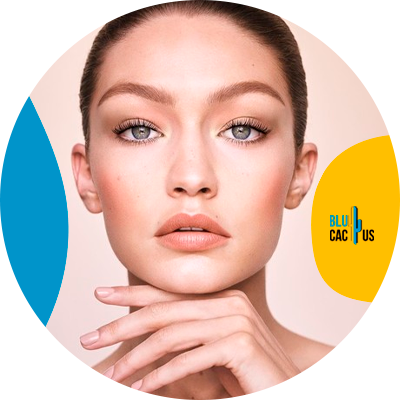 Maybelline has been concerned with involving the audience on its social platforms as a priority. Since much of the content created by its followers get shared on networks, they offer free samples of its products to customers. And thus, they motivate them to comment publicly and share product-related material on social media.

These people are followers or ordinary customers who are not influential. Maybelline recognizes the importance and relevance of these people in terms of sales and consumer behavior. What better way to demonstrate that a product fulfills what it promises than to be tested on someone in particular and to whom they do not get paid?

For this reason, Maybelline has been in charge of giving prominence to its regular users. And they are ensuring they can reach a wider audience of all kinds through their videos and material.

Another aspect to consider is that using everyday people’s content also sends out a message from the brand that its products are equally available to everyone, in addition to the fact that the costs are affordable in the market. 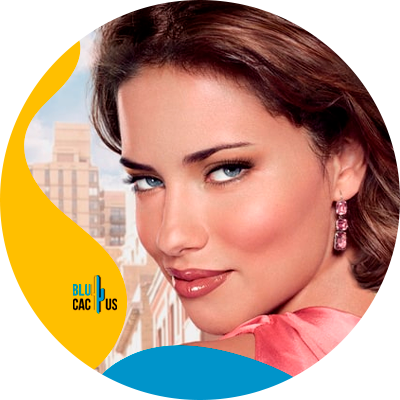 This 2022, and a few months ago, Maybelline launched a podcast called: “Maybelline I’m Fine, You?” which talks about mental health and gives space to people who suffer from anxiety, depression, etc. Including all kinds of people seeks to create a safe space for all those who go through adverse situations.

Beyond the products, advertising and makeup, it is a way of seeing the beauty and demonstrating it through mental health care and its importance. So with this Maybelline action, another success is scored and encompasses a new space in social media. 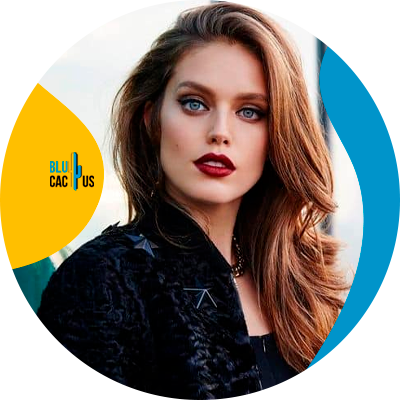 Finally, it is essential to note that Maybelline is also committed to a mixed strategy, employing celebrities, ordinary people, and influencers since it wants to cover both the online and offline markets.

So, as we see a strong presence on networks, we also see it in stores and shops, one complementing the other.

Maybelline’s social strategy focuses mainly on creating visual content in both high-quality images and video. But, above all, making ordinary people its protagonists, teaching and demonstrating with facts that its products are good, of quality, and represent an excellent investment for the client is their goal.

Maybelline strives to be a brand for everyone, which is why they publish tutorial videos of people dedicated to makeup on Instagram. All without them being extremely famous, part of their success on these platforms lies here. 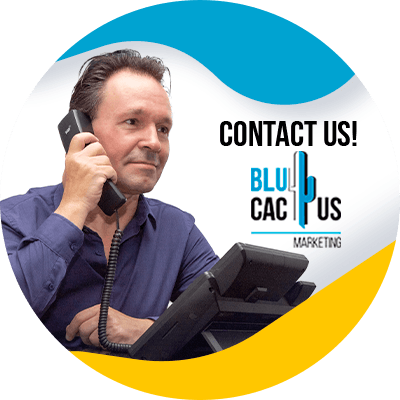 If your business focuses on beauty and makeup, and you need to be as successful as Maybelline and want the same boost, feel free to contact us.

Subscribe to our monthly newsletter and get updated information on digital marketing!

How to get social media backlinks

How to Use Social Media if You Have a Law Firm

Discover the dimensions of every social media platform and start adapting you content to them!
0 replies

What Social Media Strategies Will Sell your Skincare Brand?

What is Desigual’s Marketing Strategy?
Scroll to top